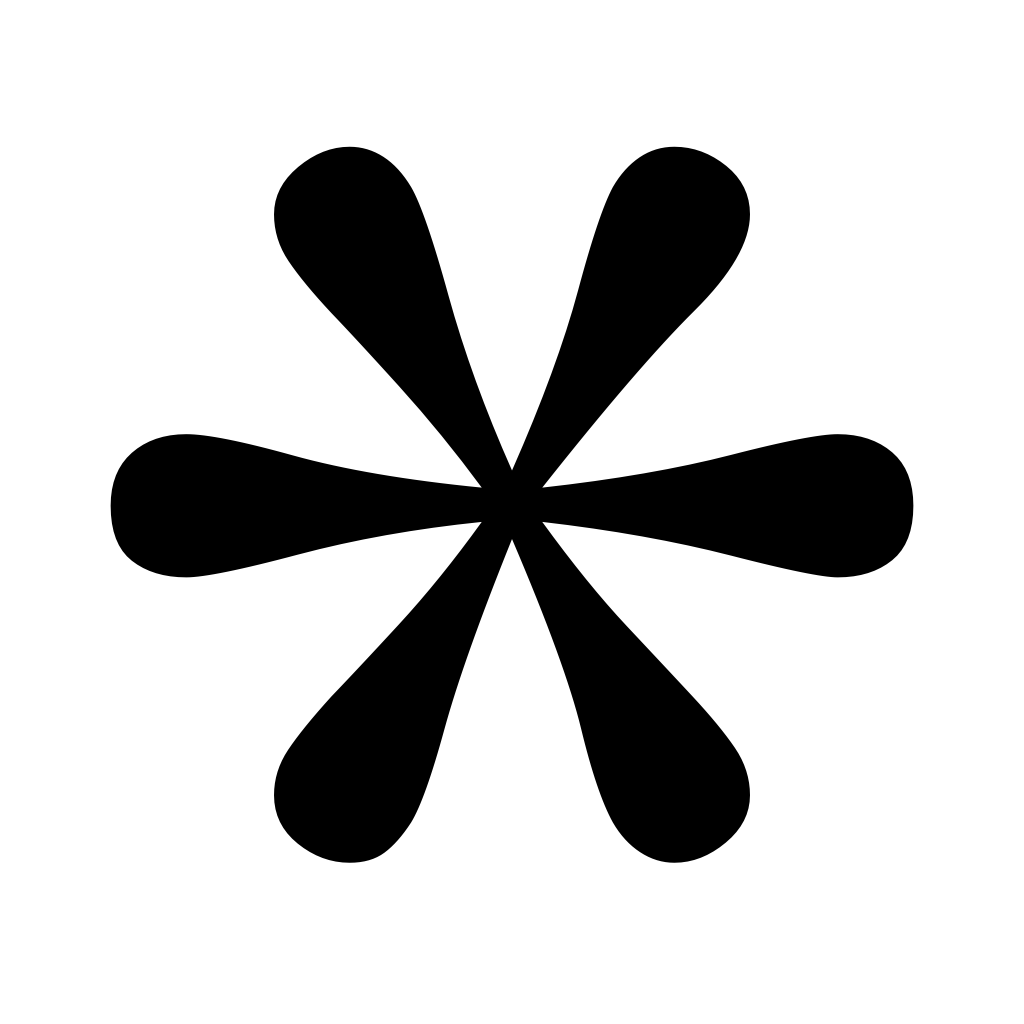 Kathryn Goetzke, entrepreneur, philanthropist and Chief Mood Officer at iFred on her new book about hope and suicide prevention

Kathryn Goetzke is an entrepreneur, philanthropist, strategy consultant, and Global Depression Advocate. She is the entrepreneur and innovator behind Moon-lites, a brand that achieved over thirty-five-million-dollar in retail sales. In addition to launching her own brands, Goetzke founded a non-profit organization for depression, called iFred (International Foundation for Research and Education on Depression)

Johann (Citationsy) – Wow! Thank you very much for being here with us, Kathryn. We really look forward to this chat and to get to know you a little bit better. Great, let’s jump straight into the first question. Could you describe and tell me about yourself in a minute or less, not career-wise, but what are you most proud of and what hobbies do you have?

Kathryn – Right. Absolutely. My name is Kathryn, I live in Reno, Nevada, and I am super passionate about happiness and hope, and how we manage and are more intentional about our mood states, getting into the present moments while feeling good and positive. So that’s been my journey in life and what has evolved into my work and my projects.

I am most proud of the work we’ve done with kids around hope and teaching hope as a skill to them. As I’ve learned and been exposed to the most brilliant researchers in the world, experts in mental health and brain, we dug deeper into the cause of suicide. Hopelessness is the only predictor of suicide which led me to explore: What is hopelessness? How do we become hopeless? And what is the opposite of that? And how do we build upon that base and use growth mindset theory?

Johann (Citationsy) – Wow, that’s quite the introduction! You just mentioned you’ve done a lot of work with suicide prevention and you’ve actually just written a book about it, “The Biggest Little Book about Hope”. How did you come about writing the book and why did you write the book?

Kathryn – I wrote the book to teach the world what I know and show my personal story around hopelessness and my experience with trying. My dad died by suicide when I was 19. And I spent, really, my entire life trying to also help him and help him feel better. When I experienced a kind of loss with my dad, I attempted in my 20s to take my life, which was shocking to me as I never thought that I would do that. And so, it took about 10 years, but I got really into the “what”. What causes suicide? What makes some people do it and others not? And that was where I found that hopelessness is the threat. So the book itself is my story around learning about helplessness and moving to hope. Then on how that led us to create a program to actually teach hope and how we have proven out the point that, yes, as you increase hope you decrease anxiety, depression and the future potential of suicide.

Johann (Citationsy) – What would you say is the main takeaway from the book?

Kathryn – The main takeaway is that hope is measurable, and hope is teachable.

Johann (Citationsy) – Who would you recommend the book to, exactly? Who is your target audience?

Kathryn – I do get into the issue of suicide. And so, I wouldn’t say it is for young kids. But I think it’s for anyone. What started out as an exploration in suicide, became an exploration in humanity. I think because I found that hopelessness is actually predictive of weapon carrying at schools. It’s predictive of violence, partner violence, addiction, anxiety, depression, suicide. But so many things beyond just suicide. And that’s also a consequence of race-related discrimination. Hopelessness is high in the LGBTQ community, which is sixty-five percent versus twenty-five percent in the heterosexual community. Among youth twenty five percent feel hopeless on a regular basis. So, to me, anyone that cares about these issues. We should be increasing hope in all of these various population segments!

Johann (Citationsy) – What kind of research you do and how long you spend researching before you write a book like this.

Kathryn – I started the nonprofit about 15 years ago, which is technically when we started doing research around it. But about six years ago as when our focus was on hope. I’ve been compiling studies and information, and our program is all based on those studies. But I started the book itself maybe six months ago. And at the very last minute. Well, not the very last minute, I wanted to compile all of the resources into one space. Which was why the product that Jose Berengueres (Professor at the University of Dubai and Citationsy Investor) recommended became Citationsy. It became so critical because it really easily allowed me to pull all the studies that I couldn’t get it and put it in a format that I could use in the book, which is super helpful.

Johann (Citationsy) – Perfect, you just answered my next question. How did you hear about Citationsy?

Kathryn – Yes, Josee knew I was writing the book and I said, I’ve got all these sources. I’ve got to compile them. It is so much work to do. I mean, doing a resource page alone. I have, as you know, over 50 resources and counting. And the time that it takes to just compile that alone is a lot. So, it really was a lifesaver.

Johann (Citationsy) – What was your experience using Citationsy? And how did you use it exactly?

Kathryn – I did it all. I would copy-paste links into Citationsy and it would just pull all the information for me. I would also search for the references that I had used in other places and it would pull the information automatically and populate it. I mean, I was shocked at how well it did. I didn’t think it would find a lot of the stuff that I had used as sources, but it did, which was really surprising and pretty amazing. It made the entire experience pretty easy.

Johann (Citationsy) – Actually about three days ago, you recommended us at Citationsy that we develop custom short links (like: https://citat.io/hope) to make it easier for you to share your reference list. – Great suggestion, by the way, our founder Cenk developed it the day after -Is there anything else or any other features that you could see adding value to what you’re doing?

Kathryn – Yes, I loved that. I have the custom link for “hope” now and I’m so excited! No, I wouldn’t add anything, I think Citationsy is already a great way for companies to actually start sharing their resources and references. I think it’s a really easy way for them to share all of the information they’re gathering for their products or their ideas and then start advertising it, in a way that people can learn more.

Johann (Citationsy) – At Citationsy we have many students, academics and teachers as users. Kathryn, you being an MBA, entrepreneur, philanthropist and researcher; who else would you recommend this to or who do you think would benefit the most from using Citationsy?

Kathryn – I think it’s a great way for companies to actually share how they’re using evidence of their work on projects they’re working on. I think it’s a great tool for non-profits to showcase how they compile information on their projects. Also, I think books, I mean people that write books. It’s important that we share what we’re using to inform whatever we’re doing. I believe that adds a lot of insight. And I think in the past, most people wouldn’t create a reference/source list because of how much work it takes and how laborious it is. But the fact that you at Citationsy made it so easy to do, it’s great! There’s really no excuses anymore for people not to be sharing what they use to inform the work they’re doing in the world.

You know, I think that Citationsy makes it really easy for people to share knowledge on the topics they’re passionate about. And I think a lot of people kind of hide behind what that is. And I think it kind of opens-source, research and how what we use to kind of inform our theories. And I think we all should be sharing that and sharing that knowledge.

Johann (Citationsy) – How would you describe Citationsy see in a sentence?

Kathryn – Citationsy takes all of the information we pull from different sources and puts it into an easy to use format. And the fact that it follows stylistic guidelines for research and packages it so that we can easily use and share it makes it very helpful.

Johann (Citationsy) – Thank you very much Kathryn Gretsky for your time and we look forward to sharing your book and work with the rest of the world. Is there anything else you would like to add?

Kathryn – I think the most important thing for me right now is that a lot of the work on “hope” is getting popularized and isn’t science-informed or science-based. And so to me, it’s important that I’ve done this process with Citationsy because it easily gives me a way to share with the media, the popular news that our work is science-informed. It’s the science of hope and that it is measurable and teachable. And it deals with a lot of different societal issues. So, yeah, just the fact that you’re doing this (Citationsy), I think it’s amazing what you do. So thank you very much!